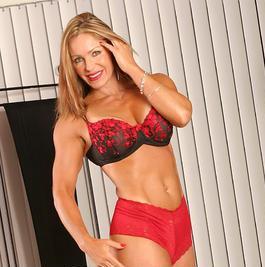 This sissy was a good sissy. Well, she was trying to be a good gurl.  I mean, she’d always take it on the chin…and the face…and the hair…but still!  She called me the other day and told me she’d finally taken the plunge – latching on to that cock as it shot gobs and gobs of cream into her mouth.  And when she was finished being a bad sissy slut, she told me, “Mistress, I never realized it tasted that good!”

Looking for a career in phone sex? Visit www.phonesexcareers.com.